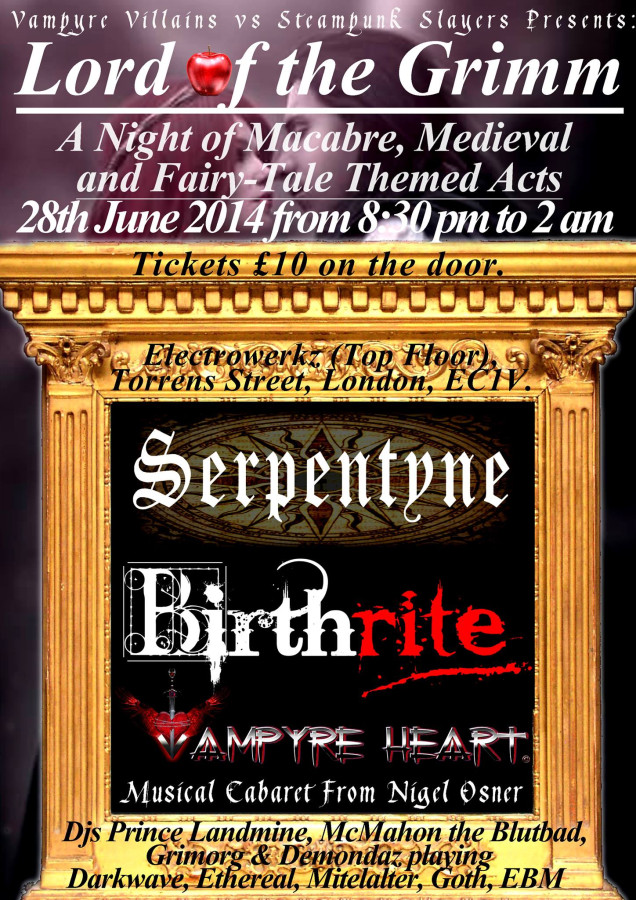 Djs Prince Simon of Landmine, McMahon the Blutbad, Grimorg & Dandy D...emondaz with be filling the gaps and after the bands playing an eclectic and selective mix of Darkwave, Ethereal, Mitelalter, Goth, Post-Punk and EBM for your dancing pleasure until 2 am.

Featuring new art, new rules, new Callings and a more detailed look at the horrifying age of the neo-Victorians, Unhallowed Metropolis revised is New Dark Age’s perfected nightmare. Creators Jason Soles and Nicole Vega have been feverishly at labor refining their work, culminating in an edition that fully realizes their macabre vision.

“The world of Unhallowed Metropolis is a fascinating one,” said Hal Mangold, Atomic Overmind’s El Hefe. “I’m proud that Atomic Overmind Press is partnering with a creative powerhouse like New Dark Age and bringing a new edition of such a cool game to life.”

Unhallowed Metropolis was first released in 2007 and has been out of print since selling through its initial print run.

Join the staff of New Dark Age at TempleCon, February 4th, 2011 for a panel discussion of the future of Unhallowed Metropolis, Revised.

Greetings from the New Dark Age,

We hope that all of our friends will be able to attend TempleCon this year. On 4 February, 2011, we will be hosting a panel on the future of Unhallowed Metropolis in Convention Suite #2, room #632.

Join Jason Soles, Nicole Vega, and Simon J. Berman as they discuss the past, present, and exciting future of Unhallowed Metropolis.

Those present at the panel will receive invitations to an exclusive antique cocktail party scheduled for that evening hosted by and celebrating Unhallowed Metropolis. Wear your neo-Victorian finest for an evening of debauchery, sin, and corruption.

I thought it was funny.

At TempleCon in Warwick, RI back in February, Unhallowed Metropolis put on it's first LARP with house rules. There was a party and Lord and Lady Hume had invited a wide selection of society from the high to the low to attend. Suspicions were high that they had ulterior motives but no one was sure what they were. After the LARP ended with Lord Hume strangling his Lady, everybody went to the con suite for a party.

So here are some of the photos from TempleCon and the Unhallowed Metropolis LARP and party. 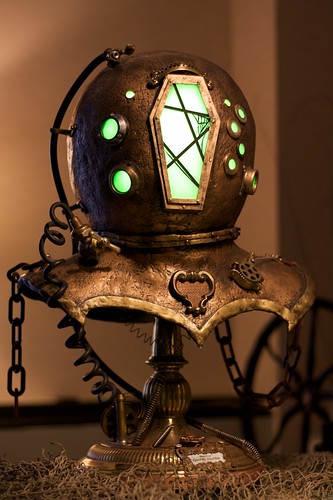 ( Collapse )
Hi, my name is Aubrey Nolan and I just started posting a new webcomic called Gearland. You can check it out on my livejournal, or at www.gearlandcomic.blogspot.com. The first comic is up right now-it centers on an alternate history of the United States after the Civil War, through the eyes of two sisters. Just click on my username to go to it. It helps to read the Preface first for background information. The next one should be up by tomorrow (Tuesday). After this week, I'll be on a regular schedule of posting Mondays, Wednesdays and Fridays.

There will be an Unhallowed Metropolis LARP held at Dundracon in San Ramon, California this weekend.

The LARP will take place on Sunday, the evening time slot.


Cunningham Industries, the leader in trans-Metropolis transportation, is pleased to announce the inauguration of its first High Speed Express Rail, location to location in three days or less, non-stop! Why take an antiquated Zeppelin when you can move with fashion and speed on the very latest Telsa-powered technology? Take on the wastelands in style--our luxurious cars are fully armor plated. Just step on, and step off at your destination. Safety 100% guaranteed (guarantee voided by zombies, hijacking, or mechanical failure.)

A game of political intrigue, murder, and zombies in the world of Unhallowed Metropolis.

In our preparations for TempleCon, we created a most ingenious device. Please allow me to introduce you to the Unhallowed USB. This cunning mechanism holds not only the core books and supplements, but useful tools like the Calling Character sheets, the Unhallowed Metropolis Companion (includes the Deathwatch Calling), the UnMet Combat Summary, Combat Record Sheets and wonderful extras like the Undertaker's Office of Urban Defense License! You get a 2 GB flash drive filled with Unhallowed Metropolis material (some of it unreleased) all in one handsome easily-accessible digital package.

In fact it includes the following for the modest price of $40:


These drives are only available direct from Hallows Eve Press and can be ordered here
Check out the website, one and all - for new products are available for your Unhallowed pleasure.
We have the Unhallowed Metropolis USB Drive, preloaded with all the PDFs, some not yet released; Up The River is now in softcover format, for people who like something physical to work with; and last but not least, we have Unhallowed Necropolis back in stock. Check out [url]www.hallowsevedesigns.com[/url] for more details! The staff of Unhallowed Metropolis, the gas mask chic roleplaying game of Neo-Victorian horror are gathering February 5th-7th in Warwick, Rhode Island for Templecon. Join creators Nicole Vega and Jason Soles, cover artist George Higham, writer Simon Berman, Unhallowed photographer Marc17, and illustrator Robert Tritthardt for panels, demos, a book signing, and the premiere of the Unhallowed Metropolis Theater Game. In addition to participating in loads of events, we will be hocking our collective wares in the dealer hall (along with Anita Arora of Morbid Anatomy).
Collapse